Blues, funk, jazz, reggae, country and some styles yet to be named!

Join Duo Michael Vdelli and Gerard Maunick for our final Sunday session for 2021!

Not to be missed, these two met in 1991 when they began performing together in the first incarnation of Blues/Rock group Powershift.

Fast forward 24 years, Micheal has been living in Europe, touring and releasing a string of successful albums with his band VDELLI. Gerard likewise has released multiple solo albums and toured extensively throughout Australia and Europe with his special brand of original music.

They have remained good friends and will treat you in doing what they do best; playing and singing and having a great time.

Bring a group of friends, relax, play some bowls, feel free to bring a picnic. All drinks to be purchased from the bar.

We look forward to seeing you. 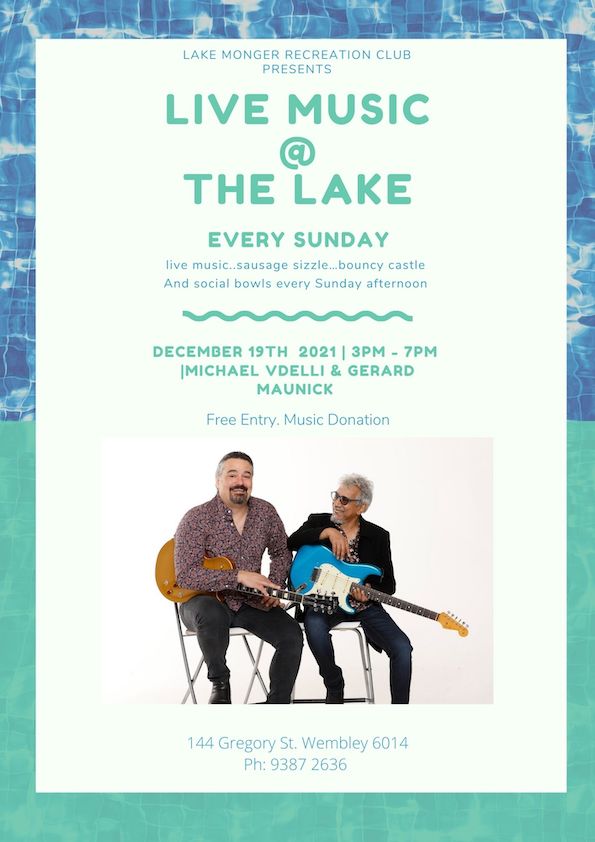